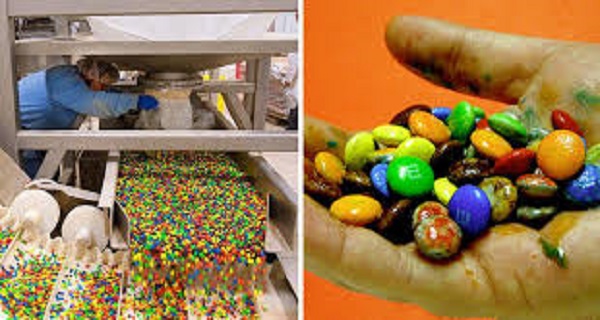 Let’s face it, we all just love M&M’s. Guilty as charged. All of us just cannot resist these sweetest little sins, especially during the holiday season!

Yet, we have to disappoint you, since we can offer 30 reasons to avoid those “melt-in-your-mouth-not-in-your-hand” chocolates, which is much more that the number of reasons to reach for them.

Initially, let us review the facts concerning the popular M&M:

However, Red candies have been banned in 1976, as they contained questionable dyes, and FD&C Red #2 was believed to be a carcinogen. Then again, in 1983, Red candies were reintroduced.

Nevertheless, customers still urge Mars to get rid of the artificial colors used in their candies. Namely, these colors are regarded as “neurotoxic chemicals”, by a Change.org petition and a press release from Center for Science in the Public Interest (CSPI).

The recommendation of the CSPI stated that all products which include these harmful ingredients must contain warning labels which would list the risks of the 8 approved FD&C food colors.

“The evidence that these petrochemicals worsen some children’s behavior is convincing.

I hope that the committee will advise the agency to both require warning notices and encourage companies voluntarily to switch to safer natural colorings.”

Furthermore, the bag of the Original M&M’s lists the following ingredients:

Let us now see the harmful effects they can cause:

Unfortunately, the Mars company has not quit their use of these artificial colors. What’s more, they were even declared to be safe for human consumption by the FDA, while scientific research provided evidence that they are not. Yet, do not forget the fact that there are absolutely safe and natural alternatives available!

According to 2007 Forbes, the Mars company has an income as high as $27.4 million dollars, so it is about time they use some of this money and positively alter their products.  Until then, we recommend that you avoid these sweet evil chocolates.

Instead of the M&M’s, you can satisfy your desire for something delicious and sweet. You should try the following dark chocolate bars:

Good Cacao: These chocolate bars are enriched with supplements

Remember: Always Sleep on The Left Side of The Body! Here's Why