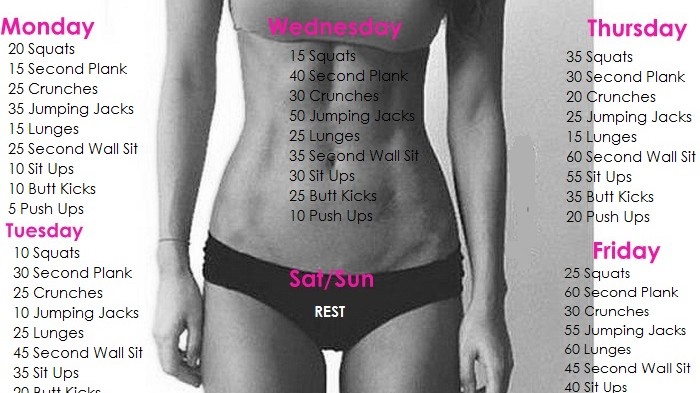 This mini-plan for both men and women can help you lose weight and gain muscle mass. What is best about it is that it can be done in the commodity of your home and you do not need to visit the gym nor use any special equipment.

Make sure you drink lots of water and find a proper time to exercise on a daily basis.

To lose weight, you should exercise from 45-60 minutes every day. If you are a beginner, start with a 50-minute workout, and gradually increase up to 200 minutes. Along with this workout plan practice some healthy diet in order to fight bloating and stay healthy.

This is the 10-week plan you need to follow:

You should rest during the weekend.

6 Diseases Your Lack of Sleep Could Be Causing