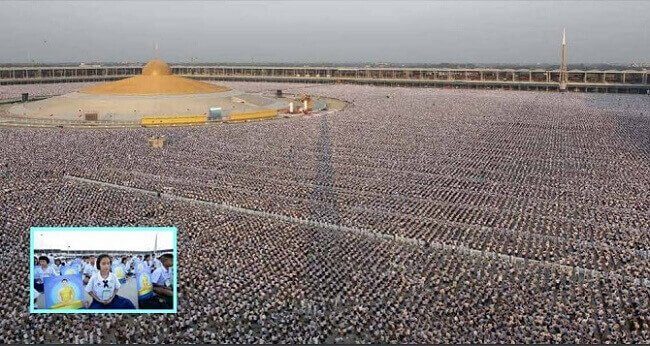 One million children joined the V-Star Change the World, which is a Buddhist annual meditation event that occurred at the Phra Dhammakaya temple near Bangkok.

This meditation lasts for a day and is believed to be able to change the world.

The V star children’s project started as a part of the World Morality Revival project that had been initiated by the abbot of the Wat Phra Dhammakaya Buddhist Temple, Luang Phor Dhammachayo.

In the past, the temple has attracted controversy, as critics maintained that the meditation exercise is simply for show, and others likening its activities to a cult. Yet, the goal of the project was for school children to come together and support each other while doing good deeds on a daily basis.

These children come from 7000 schools in Thailand and various other parts of the world. The event takes place once a year and started in 2008. Children come together in prayer and meditation, to express their wishes for good and well-being, hoping to heal the wounds of Mother Earth, brought about by humanity. The more children send positive vibrations into the universe, the bigger the effect of this program will be. 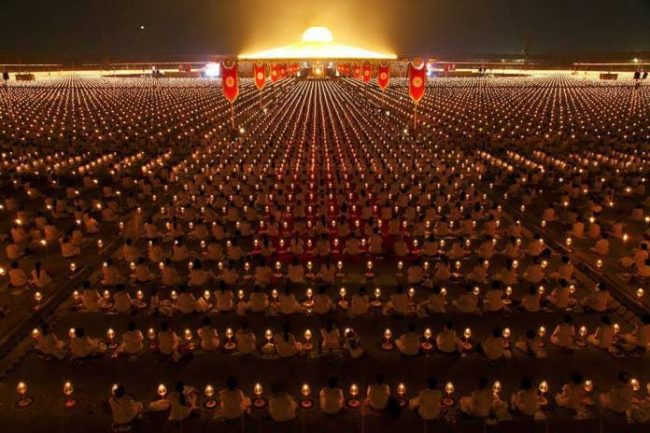 Meditation is a way to dissolve the ego in order to unlock one’s full potential. It is believed to awaken the life force that flows through our bodies.

In general, any effort to think positively and wish good to everyone is a huge step towards a better world. Installing children with good morals and values is the best way to raise positive responsible adults, which will undoubtedly benefit the world at large.

There is one universal rule, and if we all come together, and work to co-create our reality together, we can surely improve the world we are living in. From a money-oriented world, full of corruption, evil, greed, and divisions, we can turn it into a peaceful place where we can all live in love and peace.

Even the biggest and most dramatic change starts inside you.

We are simply limitless, and if we use our power to stand up and fight negativity, we will all find the light